Teiid in Syndesis provides data virtualization on OpenShift in just a few clicks. Let’s explore that a little more.

There are a couple of mentions of Syndesis on teiid.io, but unfortunately some of the in-depth content / quickstarts were removed due to the fast-moving nature of that development. This post will serve as a more quick look at the current state while we work towards bringing back more content.

If you check out syndesis.io you’ll see that it’s billed as a hybrid integration platform built on Camel/Fuse. Teiid has been brought into that platform to provide our traditional data virtualization support for any part of your integration flow - ingress orinternally for a simplified real-time federated querying engine, or for egress to provide consistent odata or postgresql client compatible data gateways. This functionality is provided seamlessly in the web UI. 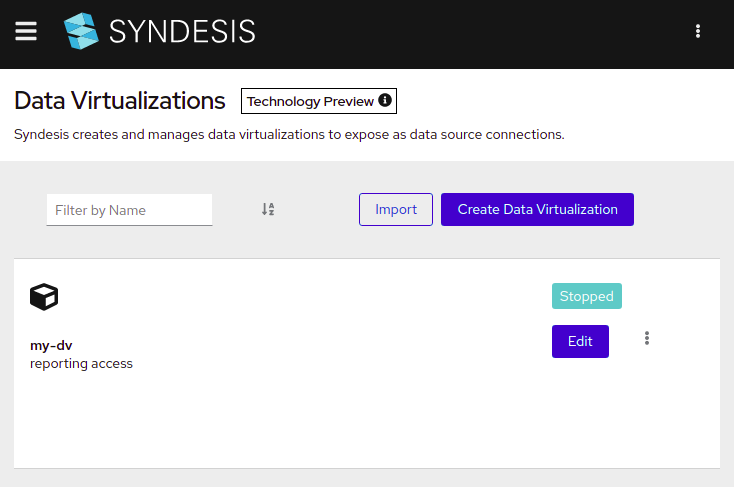 Once a connection has been defined in Syndesis you can create integrations or virtualizations using it. We are striving to support as much of the Syndesis connection types as possible, but for now we’re a little limited. 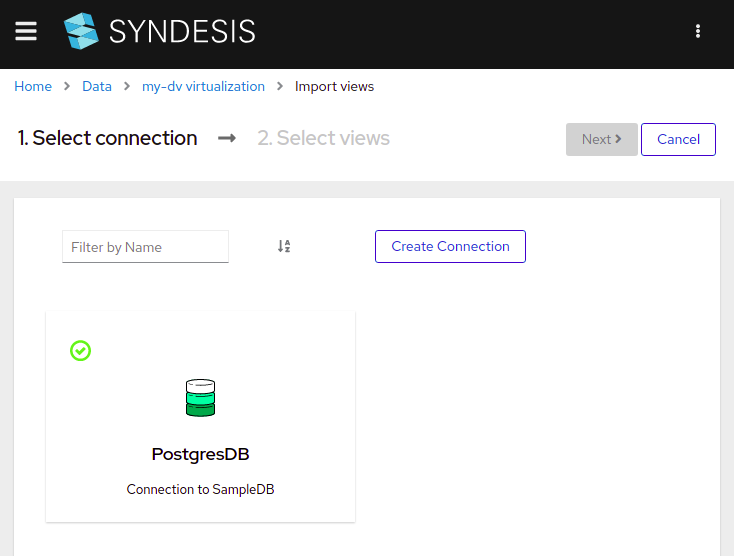 You may be wondering - is Teiid in Syndesis a replacement for Teiid Designer? The short answer is no. The data virtualization features we expose in Syndesis are limited and the management of running virtualization will all be through Syndesis. Think of it as a wrapper around a subset of functionality in the Teiid Operator. You can construct a VDB from Syndesis connections and create a running pod all without a single line of yaml or interacting directly with OpenShift.

The Teiid backend for the Syndesis UI also provides a Teiid runtime for previewing your virtualization work - that is very similar to preview VDBs in Teiid Designer - but you don’t have to setup a WildFly instance nor will you configure it in any way. It’s simply managed for you as part of the Syndesis application.

A nice addition to Syndesis, which was not available in Teiid Designer, is a text editor with context sensitive completion based upon LSP (Language Server Protocol). In fact the effort that will replace Teiid Designer is actually going to leverage this work along with other LSP support. The goal is to eventually support VSCode and Che with advanced VDB editing features - eventually including metadata import and preview execution (which again may leverage work from the Syndesis efforts). 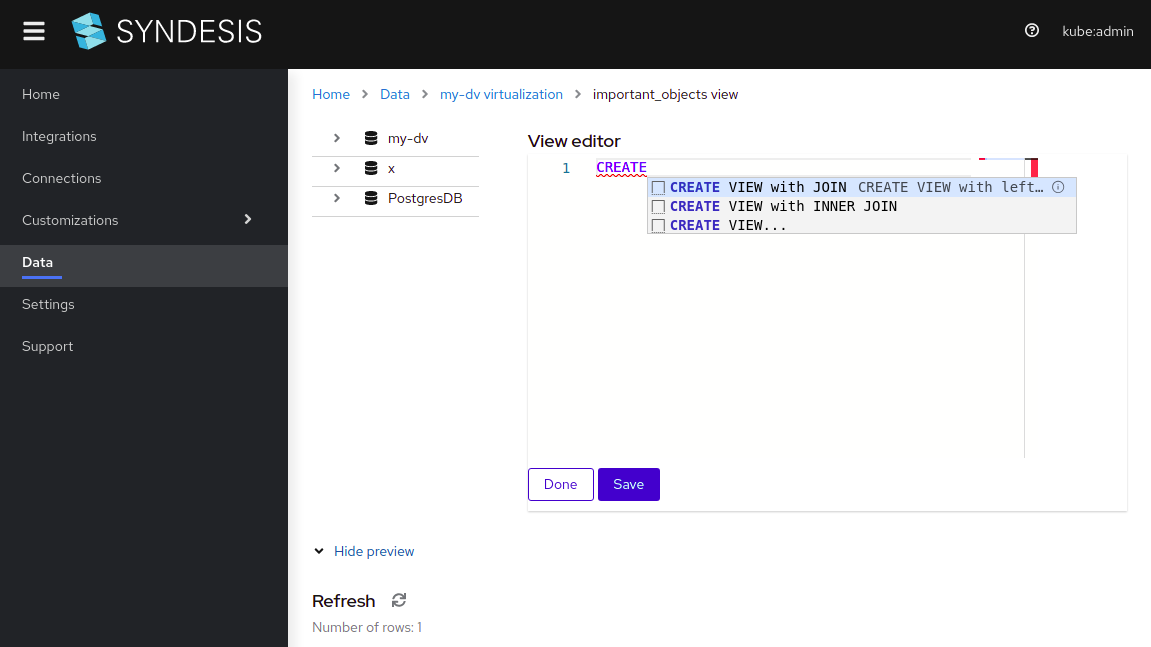 Among other things we’re also providing seamless integration with Red Hat SSO, Prometheus, and other critical components for running on OpenShift - and best of all when used as part of the broader Red Hat integration product it will simply be ready to go.

If you want to try it out, please run the following for an install off of a recent stable tag. If you already have a running crc you can skip the crc steps. If not you may need to obtain a pull secret.

Once the Syndesis operator has brought up all of the pods, you should be able to hit the Syndesis app at: https://syndesis-syndesis.apps-crc.testing/